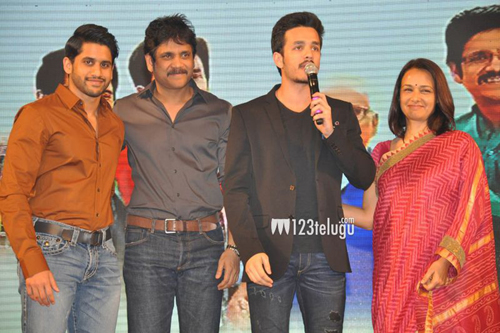 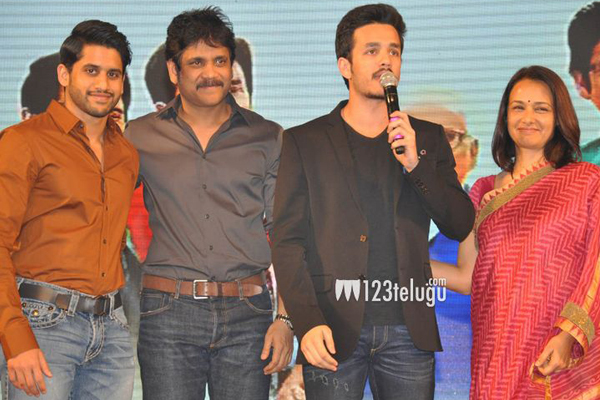 Akhil Akkineni, the latest entrant from the Akkineni family, has been introduced to Telugu cinema in a grand style. Several bigwigs from the film industry including K Raghavendra Rao and Victory Venkatesh apart from all the members of Akkineni family attended this high profile event and wished Akhil a grand success in films.

Speaking on the occasion, Nagarjuna said that both Vinayak and Nithiin have promised him a blockbuster debut film for Akhil and that he is confident of Akhil winning the fans’ love and support. The handsome young lad has been preparing quite aggressively for the last few years for his debut film. As we all know, Akhil’s debut film will be directed by VV Vinayak and produced by actor Nithiin.

Akhil said that he has been waiting for this day for a long time and that he is missing his grandfather, late ANR, on this memorable occasion. Legendary Bollywood thespian Dilip Kumar’s granddaughter Sayesha Saigal makers her debut opposite Akhil.