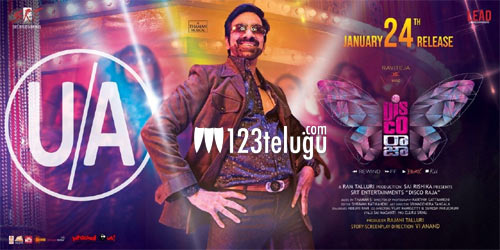 Actor Ravi Teja’s much-awaited film Disco Raja is gearing up for release this week! On January 24, the audience will get to see if the actor has managed to churn a hit this time or not. After all, hits from him have become far and few over the years.

The latest is that the film’s censor certification has been completed and it has been rated a U/A. Running for 2 hours 29 minutes, the film is directed by Vi Anand and stars Nabha Natesh, Payal Rajput and Tanya Hope in the lead roles. Popular Tamil actor Bobby Simhaa plays the antagonist in the film.

Thaman’s album for the film has already become a hit with songs garnering a great deal of attention.