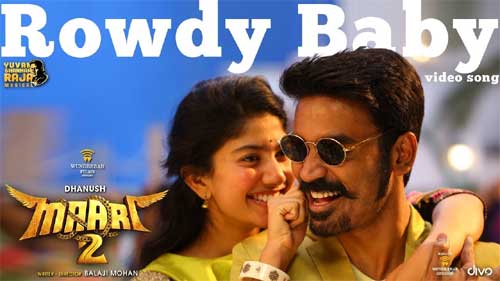 Rowdy Baby, the peppy dance number from Dhanush and Sai Pallavi starrer Maari 2, has emerged as a huge hit among the South Indian youths and has been witnessing a record viewership on YouTube. Meanwhile, the latest news is that the song has surpassed more than a billion views.

Now, Rowdy Baby is officially the first South Indian film song to achieve this rare feat. Choreographed by Prabhudeva, the song features simple dance movements and lyrics, which are the main reason behind the song becoming such a huge hit. Yuvan Shankar Raja is the music composer.