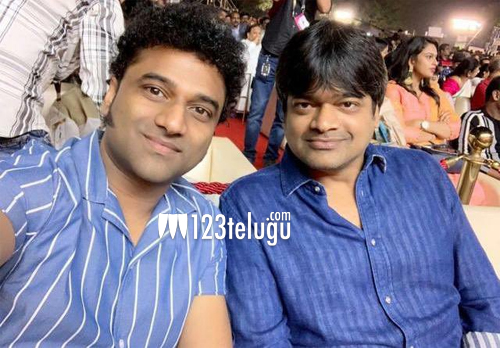 Fans of Powerstar Pawan Kalyan are celebrating the 8th anniversary of his cult blockbuster, Gabbar Singh. And the film’s director Harish Shankar’s latest announcement on his next film with Pawan has taken the euphoria to the next level.

Harish took to Twitter and revealed that he is teaming up with star music composer Devi Sri Prasad, who had also given the chartbuster audio album for Gabbar Singh, for Pawan Kalyan’s highly-anticipated 28th film. “What better day to announce that we are coming back together to recreate the same musical energy again,” Harish tweeted. And needless to say, fans couldn’t be happier.

It is a wonderful day. As enrgetic as the release day 8 years ago. What better day to announce that we are coming back together to recreate the same musical energy again. @ThisisDSP will be scoring music for #PSPK28.
We are coming again
Ippude modalaindi…. pic.twitter.com/hXTA0cPDXW