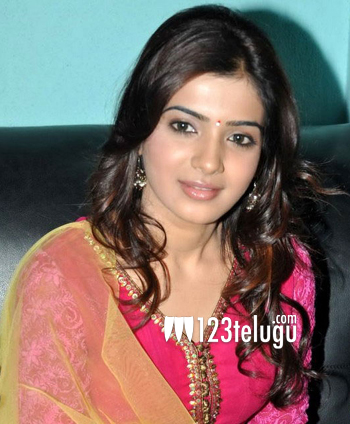 After her last release, S/O Satyamurthy, Samantha has taken a temporary break from Telugu films and signed several high profile Tamil films featuring innovative scripts and highly talented crews. Samantha is currently busy with Suriya’s 24, which is being directed by Vikram Kumar of Manam fame.

Expressing her happiness about joining VIP 2 team, Sam tweeted, “A promise has been made. This will be my best work so far. And I have no doubts that it will. Thankyou D”. Incidentally, Sam stated that her film with Vikram, 10 Enradhukulla, will be the best film in her career. Sam has already finished shooting for Vikram the starrer and apart from these three films, she also signed Vijay’s film in Atlee’s direction.

Looks like it’s only the best of amazing films for Samantha in 2015. What else can any actor ask for?