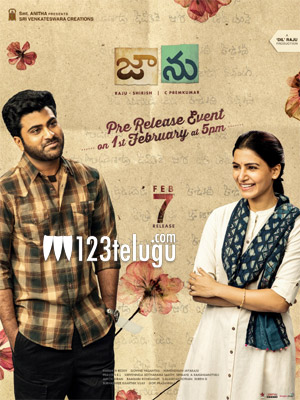 Samantha and Sharwanand’s Jaanu, the Telugu remake of the acclaimed Tamil romantic drama 96, is slated to hit the screens on February 7th. The film’s trailer which was out a few days ago is getting positive feedback from all quarters.

Meanwhile, the latest news is that the film’s pre-release event will be held on February 1st i..e tomorrow in Hyderabad. The venue details will be announced shortly.

Premkumar of 96 fame is the director for Jaanu and Dil Raju produced it.