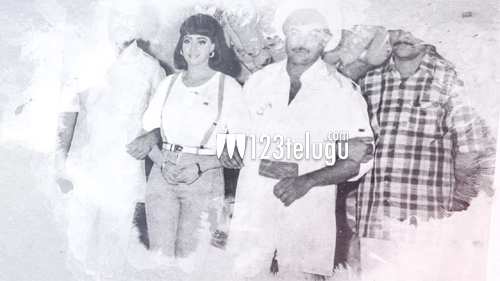 Senior writers like Jandhyala, Yandamuri, Sathyamurthy, Vijayendra Prasad and Crazy Mohan too joined them in Tirupati to come up with a memorable story that lasted for years. In fact, even Megastar Chiranjeevi took part in the story discussions and gave them valuable suggestions, including his look. On the other hand, yesteryear legendary heroine Sridevi was so involved that she herself got her costumes stitched in Mumbai. Stay tuned for the next video.