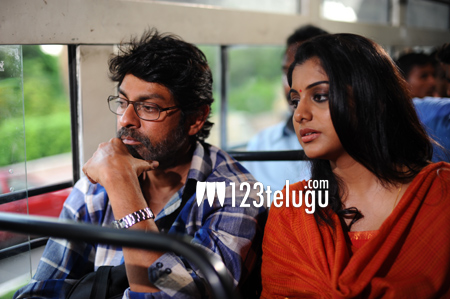 Jagapathi Babu is handling his career with utmost ease. On one hand he is setting the screens on fire with his menacing acts as an antagonist and on the other hand, he is choosing meaningful roles as the leading man. After the recent release O Manishi Katha, Jagapathi Babu is back with another movie titled ‘Hithudu’. The movie has wrapped up its shoot and is right now undergoing post production activities. The audio of the film will be released on 27th December and the movie will be hitting the screens in January 2015.

Meera Nandan plays the female lead in this message oriented film. Directed by new comer Viplav, the movie is being produced by KSV on KSV films banner. Music has been scored by Koti and Ananth Sriram is the lyricist.