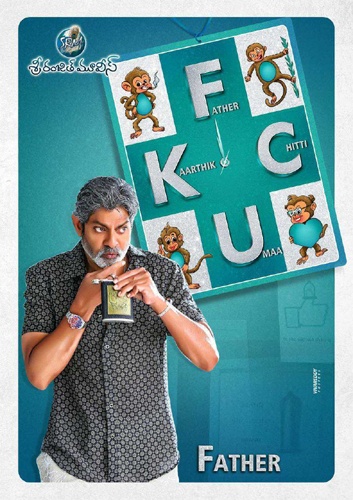 Star character artiste Jagapathi Babu will soon be seen in a lead role in a unique entertainer, titled Father, Chitti, Uma and Karthik (FCUK). The vociferous actor will be playing the role of a father in the movie that is prominently centred around him. The film’s first look poster was released a few days ago and it has been creating a lot of buzz for the movie.

And the makers today released the second poster that features Jagapathi Babu. Noticably, the tagline “A father who is ’60but16′” is grabbing everyone’s attention. The poster makes it obvious that Jagapathi Babu’s character will have all the glamour and energy of a 16-year-old. Needless to say, fans are eagerly waiting to see how this seasoned actor is going to surprise them this time around. Sri Ranjit Movies banner is bankrolling the project.