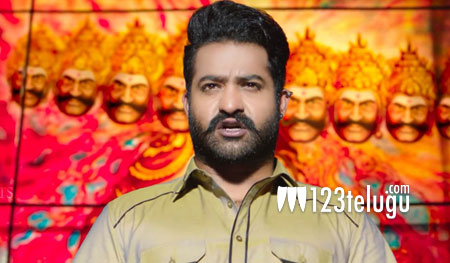 The highly-anticipated trailer of NTR’s soon to be released action entertainer, Jai Lava Kusa, is out finally. The trailer showcases a few glimpses of NTR the performer, who shines in three completely contrasting characters – Jai, Lava and Kusa.

Going by the trailer, Jai Lava Kusa seems to be a tale of three brothers. Their characters change as they grow up and their paths collide at a crucial juncture in the film’s narrative, leaving enough scope for drama. NTR’s effective variations between his three roles will be much-talked-about among his fans.