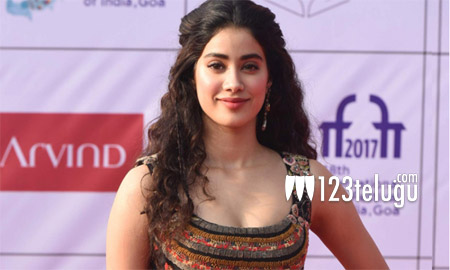 For a while now, we have been hearing that young Bollywood actress Janhvi Kapoor will be making her entry into Tollywood sooner than later. Janhvi’s father, Boney Kapoor had also revealed that she is open to the idea of work in South Indian film industry.

If the latest reports are to go by, the young diva is in consideration for Mahesh Babu – Trivikram‘s SSMB28. The makers opine the pairing of Mahesh Babu and Janhvi Kapoor would not only increase the canvas of the project but also boost the box office prospects.

Trivikram and Mahesh Babu will be taking the final call on Janhvi’s inclusion into the star cast. It remains to be seen if the makers of SSMB28 will initiate talks with Janhvi in the near future.