Janhvi Kapoor resumes shooting for her debut film
Published on Mar 9, 2018 7:00 am IST 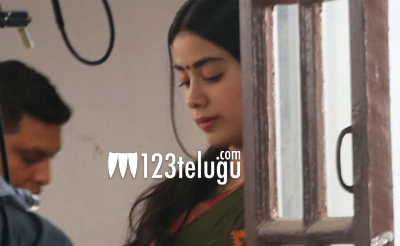 Exactly two weeks ago, legendary actress Sridevi passed away at her hotel room in Dubai. Fans and family members are yet to come out the shock due to Sridevi’s sudden demise. On the other hand, despite the ongoing speculation that Sridevi’s elder daughter Janhvi Kapoor will take a break from her debut film, Dhadak, the young actress resumed shooting today.

Janhvi Kapoor joined her co-star Ishaan Khattar and the team to wrap up the Mumbai schedule on time, before leaving for a crucial schedule in Kolkata later this month. Dhadak is going to be released on July 20 and Janhvi didn’t want the film to suffer due to her personal loss.

Dhadak is an official remake of the blockbuster Marathi film, Sairat. Shashank Khaitan is directing the movie and hotshot Bollywood filmmaker Karan Johar is bankrolling it.