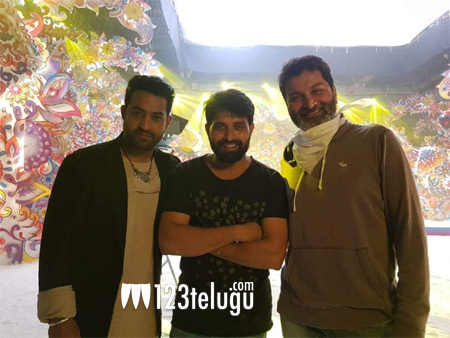 It’s well-known that the team of NTR and Trivikram’s Aravindha Sametha is currently shooting a song in the picturesque city of Milan in Italy. Popular choreographer Jani Master is composing some cool moves for NTR.

Last night, Jani Master took to Twitter and revealed that it’s been a long time since we last worked with both NTR and Trivikram. Jani went on to reveal that he felt so happy about the song’s output so far. Needless to say that Jani’s tweet left all NTR fans thrilled and they are expecting NTR to set the screens ablaze with his trademark energy.

After Long time working with both @tarak9999 sir & #Trivikram sir … felt so happy about the song output 👌👌 Eagerly waiting to watch #AravindhaSametha !!! pic.twitter.com/XEwpqBHiYF