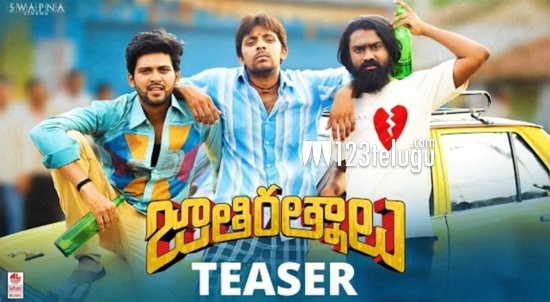 Jathi Ratnalu is a film that has been awaited for a long time. The film is produced by director Nag Ashwin and this makes things even special. The makers released the teaser of the film today.

The teaser showcases Priyadarshi, Naveen Polishetty, and Rahul Ramakrishna as thieves who are jailed. Though the story is about a big crime, the tongue in cheek humor showcased by the three actors is just so good and elevates the proceedings.

The way, dialogues are written in a witty manner manages to right away take you into the premise of this madcap film. The situational comedy and the characterization of the lead cast in the teaser are very good and give you an idea as to what kind of a film this is going to be.

Directed by KV Anudeep, this film has debutant Faria Abdullah as the leading lady in the movie. Radhan has composed the music.