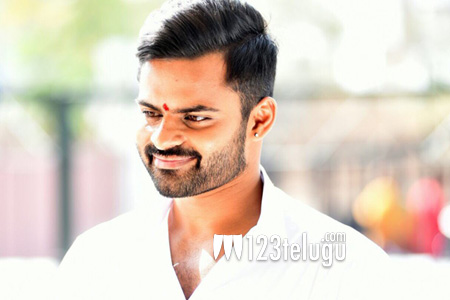 Sai Dharam Tej’s new film, Jawan is nearing its completion very soon. Meanwhile, the latest update reveals that the pre-look of this film will be out on the 8th of this month.

From the past few days, several first look teasers and trailers of the film are being revealed one after the other. Jawan is directed by B V S Ravi and has Mehreen as the female lead.

Touted to be an emotional entertainer, Sai Dharam Tej plays the titular role in this film which also has Tamil actor Prasanna in a negative role. Watch out this space for more details on this project