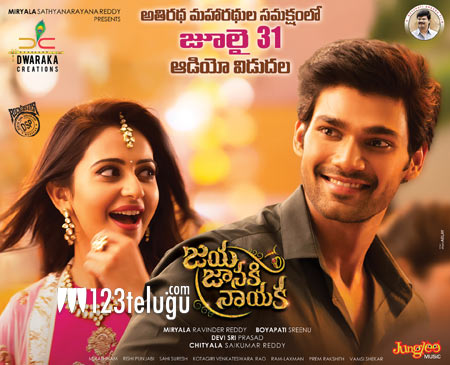 The Boyapati film, Jaya Janaki Nayaka is creating all the positive buzz already and the latest we hear is that the audio of the film will be launched on the 31st of July in Hyderabad. The event will be held on a grand scale and many stars are expected to attend this launch.

The first single which was released yesterday has caught on quite well and the other songs on the album have also come out quite well say the film’s unit. Bellamkonda Srinivas plays the main lead in this film which has Rakul Preet as the female lead.

Devi Sri Prasad scores music for this film which is touted to be a romantic action drama.