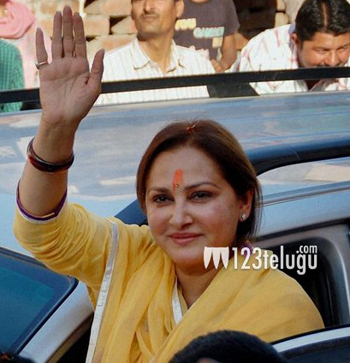 Super star Jayaprada faced the same result as her best friend and actress Jayasudha, as both these stalwarts lost their respective seats in the 2014 elections.

Jayaprada who joined the Rashtriya Lok Dal in March 2014, lost her seat from the Bijor constituency in Uttar Pradesh. Most of her other party members also lost out in the UP where RLD had a strong hold. BJP dominated the area by winning most of the seats.