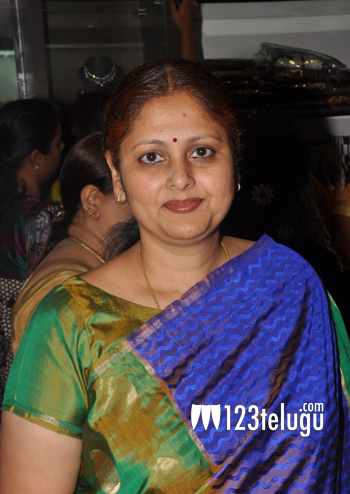 Sometime back we had already reported that veteran actress Jayasudha will play an important role in the Krishna Vamsi, Ram Charan starrer Govindudu Andarivadele. This project has already many changes in the team and recently Prakash Raj was also roped in for an important role.

The Bandla Ganesh production is once again in news, as latest reports suggest that Jayasudha has been paid a whopping 35 lakhs for her role. Considering the length of her her role, this is a pretty huge amount that has been paid for the veteran actress.

Kajal Agarwal is paired opposite Charan in this big budget family entertainer, and Yuvan Shankar Raja is composing the music. Shooting of this film is currently going on in a specially designed house set, where two songs and major scenes are being shot currently.