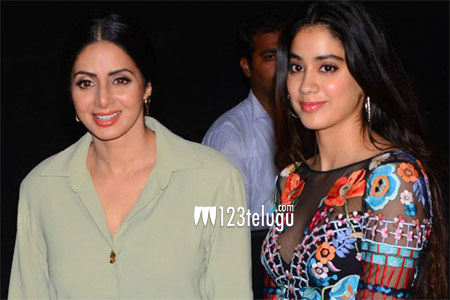 Some time back, we had revealed that Sridevi’s last film was supposed to be in Karan Johar’s production but the star heroine passed away all off a sudden in Dubai.

Left with no choice, Karan Johar roped in Sridevi’s yesteryear colleague, Madhuri Dixit to play the part. Sridevi’s daughter, Jhanvi confirmed this news today and thanked Madhuri for filling in her mother’s shoes for the role.

Both Madhuri and Sridevi were starch rivals in the 90’s and shared a very good bond. Madhuri will be paired opposite Sanjay Dutt in this film which also has Varun Dhawan and Alia Bhatt as the main leads.