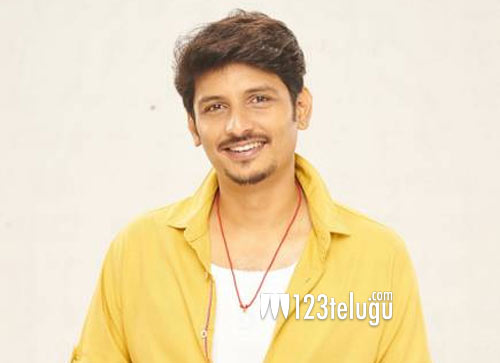 Tamil actor Jiiva, best known to the Telugu audiences for his lead role as a journalist in Rangam, is set to make his Bollywood foray with the biographical sports drama ’83. Playing Krishnamachari Srikanth, aka Chika, his complete transformation for the film surely impressed everyone who got a glimpse of his look.

But apparently, the transformation was no easy task. Speaking to a leading English daily, Jiiva shared that “the transformation didn’t happen overnight”. While he grew his hair and moustache for his look in the film, the preparation for the role was very nuanced.

Jiiva, who is a diehard cricket lover himself, has played a lot of gully cricket as a kid but he reveals that moulding his style into that of Krishnamachari Srikanth was a tough task. He got help from veteran cricketer Balwanth Singh Sandhu who guided him on what changes were to be made to fit into the character perfectly.

He said, “I breathed this character and lived the role, and playing him perfectly was a big deal for me. But I was confident I could pull it off because I have had the opportunity to interact with him and I’ve followed his game.”