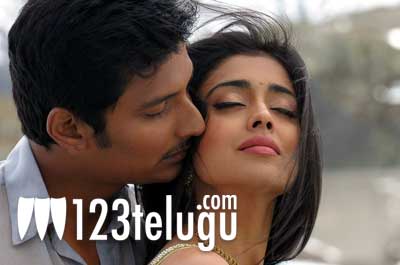 Jiva and Shriya will soon be seen in an action drama, ‘Roudram’. The movie is being dubbed into Telugu and the makers are targeting a December release for the film. The audio is expected to be launched soon.

Roudram is being directed by Gokul Kumar and the movie is being distributed in Telugu by SVR Media Pvt. Ltd. Jiva has become popular in Telugu with his super hit ‘Rangam’ and this film is trying to capitalize on that success.Prakash Raj will be seen in a special character, says director Gokul.

Prakash Vicky has composed the tunes for this film and Karthik Raja has scored the background music.