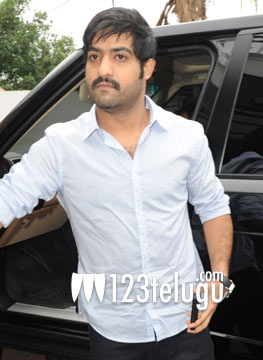 Young Tiger NTR is back in town. The young hero got back to Hyderabad today morning after wrapping up a European schedule of ‘Baadshah’. The movie is nearing completion and some songs were canned on NTR and Kajal in Europe. Sreenu Vaitla is the director of the movie and Bandla Ganesh is the producer.

The film’s audio launch will take place on March 10th and the theatrical release will be on April 5th. The film is expected to be high on comedy, with key contributions from M.S.Narayana and Brahmanandam.

Thaman has composed the film’s music while Kona Venkat and Gopi Mohan penned the script.