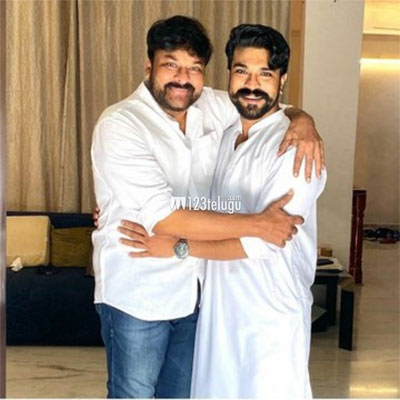 It is a known fact that Ram Charan himself is doing a special role in Acharya. He has allotted 20 days for the shoot which will begin once he wraps up RRR.

Now, the latest gossip going around is that Charan and Chiru will be seen as Guru and disciple. The talk is that the scenes between Chiru and Charan have been etched on a very emotional note.

There will be some big dialogues and social awareness scenes that have been written for them. The talk is also that a very emotional scene where Charan passes away will be the highlight of the film. This is mere speculation and is yet to be confirmed by the team.