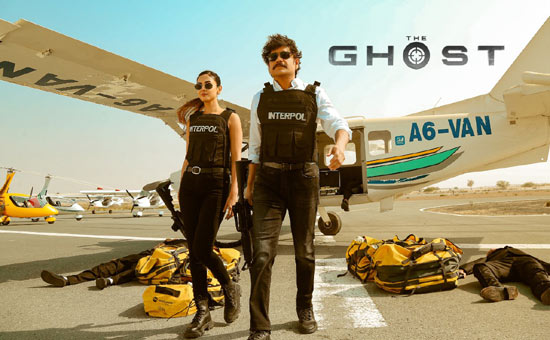 Tollywood King Nagarjuna Akkineni will be seen next in The Ghost. Directed by Praveen Sattaru, the action thriller has Sonali Chauhan as the female lead.

The latest news is that the fresh schedule of the film will commence on May 12 in Hyderabad. So far, the team has filmed in locations like Goa, Dubai, and Ooty for more than 60 days. The high-on VFX film will showcase Nag and Sonali as the Interpol officers.

Bollywood actor Manish Chaudhary is the antagonist in this movie, which also has Gul Panag, Anikha Surendran, Srikanth Iyengar and Ravi Varma in significant roles.

Bankrolled by Sree Venkateshwara Cinemas LLP and Northstar Entertainment banners, the movie’s music is composed by the duo Bharatt-Saurabh.