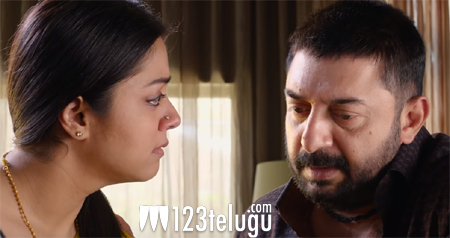 In her second innings, Jyothika is doing some very interesting roles and one of them is Nawab. Jo plays Aravinda Swamy’s wife and says that her role in the film is quite complex and gave her a lot of scopes to perform.

She also adds that before she started shooting, Mani Ratnam sat down with every one of the entire cast separately for a reading of their characters. The trailers have caught on quite well and it would be interesting to see how Mani Ratnam has handled so many stars.

AR Rahman scores music for this film which is ready for a release tomorrow.