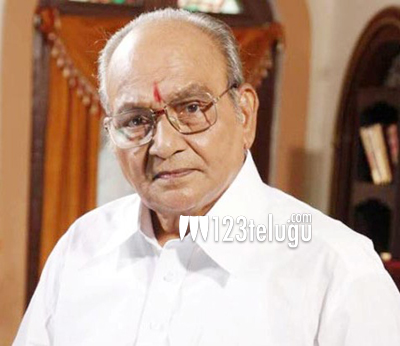 Veteran filmmaker K. Vishwanath, is considered as one of the most respected directors in India. He has made several award winning films and won numerous awards in his career. Latest of them is the lifetime achievement award which will be given to him at the second edition of the Gulf Andhra Music Awards (GAMA) in Dubai next year.

Some bigwigs from the industry will be attending this event. K Vishwanath was last seen in an important role in the recently released Rajni starrer Lingaa.