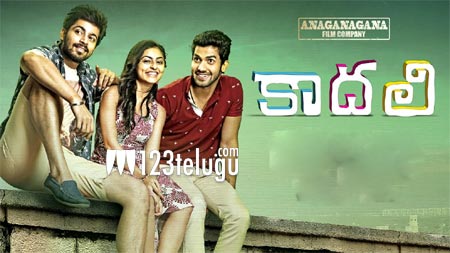 The recently released trailer of Kaadali has created a good curiosity all over. The triangular love story is nicely showcased in the trailer which is going viral all over the social media.

The Music is composed by Prasan Praveen Shyam​ and Marthand K. Venkatesh​ ​is the editor. The film is produced by Anangnagana Film Company. Pooja K. Doshi, Sai Ronak and Harish Kalyan play lead roles in this film which is directed by ​Pattabhi R. Chilukuri.

Mored details about the film’s promotions and release date will be out soon.