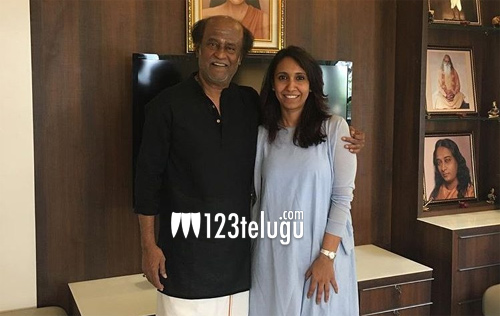 A lot of planning has gone into creating the right look for Superstar Rajinikanth in his forthcoming film Kaala. The film’s teaser, which was unveiled few days ago, went viral, and Rajinikanth is seen sporting kurtas and at the same time, looking quite stylish.

Revealing the idea behind creating this look, costume designer Anu Vardhan revealed, “Rajini sir wears kurtas often in real life so he is very comfortable in them. We did paneling on the shoulders to ensure the kurta fitted him well, to do justice to his physique. We also did some embroidery work. All the kurtas were linen and cotton. The goggles that he sports added to the intensity on his face.”

In fact, the toughest part was making sure that people don’t get bored of his look since it had to be consistent throughout the film. “He has worked on his fitness a lot prior to filming Kaala, and it really helped while designing the outfits for him. He was a ball of energy on the sets,” Anu added. Directed by Pa Ranjith, the film also stars Nana Patekar and Huma Qureshi. Kaala is slated for release on April 27.