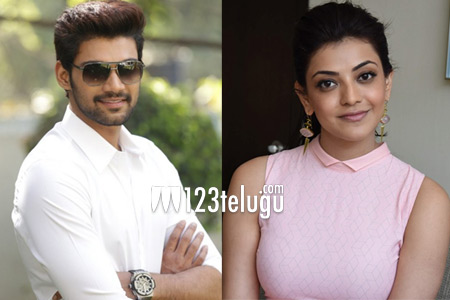 Kajal Aggarwal has been approached once again for a Bellamkonda Sai Sreenivas’ film, if the latest rumours are anything to go by. Earlier this month, there were reports that she was in talks for a film with the same actor and it was supposed to be directed by Nani Krishna. However, it wasn’t clear if she was going to be part of the film or not.

Recently, when Bellamkonda Sai Sreenivas’ new film, to be directed by newcomer Srinivas, was launched, the team stated that a top actress is going to play the lead role. Buzz is that the team has approached Kajal once again for this film, and now, it remains to be seen if she accepts the role or not.

Currently, Kajal is juggling between the sets of MLA and Queen’s Tamil remake. She was last seen in Awe!