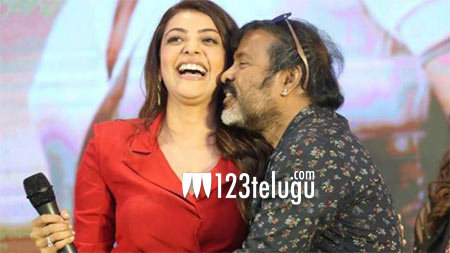 Finally, after staying quiet till date, Kajal opened up about Chota’s kissing controversy in a latest interview. Kajal revealed that even she was shocked with Chota’s sudden gesture. She went on to add that she knows Chota from a long time and that he never had any malicious intentions in his heart. “Chota apologized to me after getting down from the dais and said ‘Sorry Nanna, if you felt embarrassed’,” revealed Kajal.