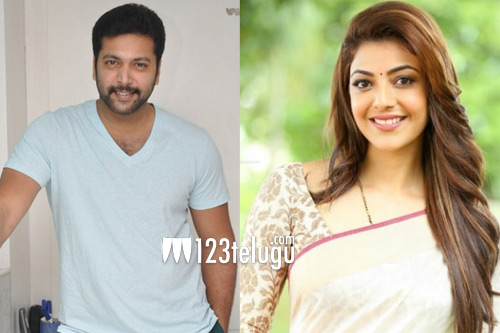 Kajal Aggarwal is a busy bee these days. The actress has her hands full in Telugu with three projects, including two each with Bellamkonda Sai Sreenivas, and another gangster drama with Sharwanand. Amidst all this, the actress has now signed a Tamil film with Jayam Ravi in the lead role.

It’s the first time that Kajal is pairing up with Jayam Ravi, although she was reportedly approached for another film in the past. Newcomer Pradeep is going to direct the film and it was officially launched today in Chennai. More details about the cast and crew are awaited.

Meanwhile, these days, Kajal is shooting for her upcoming Telugu film in Teja’s direction. The actress also has the Tamil remake of Queen slated for release later this year.