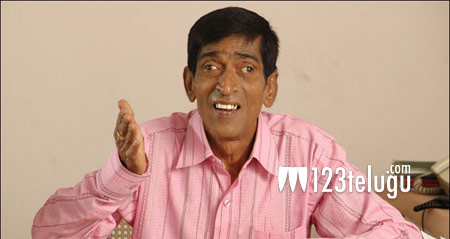 Ace comedian Kallu Chidambaram has passed away today morning at a private hospital in Vizag. He has been suffering from illness for a while now and was declared dead in the hospital, where he was undergoing treatment.

He made his acting debut with ‘Kallu’ movie in 1989, which made him popular and he went to act in over 300 films. Kallu Chidambaram was famous for his roles in Ammoru, Govinda Govinda , Money, Mrugaraju etc.

123telugu.com is saddened by this development and extends its condolences to the family of Kallu Chidambaram garu.