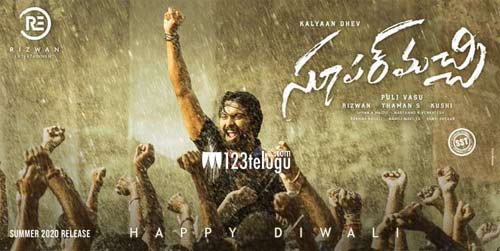 The shooting for Megastar Chiranjeevi’s son-in-law, Kalyaan Dhev’s second movie, Super Machi was wrapped up recently. Touted as a fun entertainer, the film has Kannada actress Rachita Ram as the female lead.

Meanwhile, the latest buzz is that noted OTT platform Amazon Prime has come forward for the direct release of the film. Buzz is also that negotiations are going on and an official announcement regarding the same is expected soon.

Debutant Puli Vasu directed the film and is bankrolled by Rizwan. Watch this space for more updates about this project.