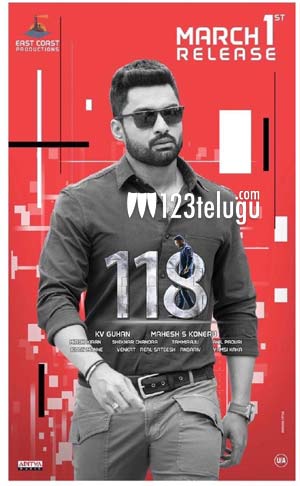 Nandamuri Kalyan Ram’s upcoming thriller, 118, has wrapped up its censor formalities. The CBFC has cleared the film for its theatrical release by giving it a UA certificate. The film is now all set to hit screens on March 1.

In 118, Kalyan Ram essays the role of an investigative journalist. The film is based on a real incident that happened in director KV Guhan’s life. Nivetha Thomas’ role is said to be quite crucial in 118’s story. Shalini Pandey is the other female lead in the movie.

118 is produced by Mahesh Koneru. Sekhar Chandra has scored the soundtrack for the movie.