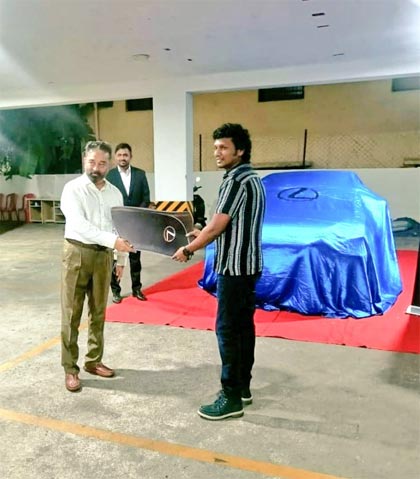 Vikram has become a massive hit at the box office in Tamil Nadu and Kamal Haasan has made a solid comeback to films.

The man behind this huge success is director Lokesh Kanagaraj. The way he has narrated the film has won the hearts of many at the ticketing windows.

Happy with the success, Kamal has gifted Lokesh a very expensive Lexus Sedan which costs over a crore. Seen here in the picture is Kamal giving the key to Lokesh.

Kamal Haasan has himself produced this film along with R Mahendran. Vijay Sethupathi and Fahadh Faasil also played key roles in this film.