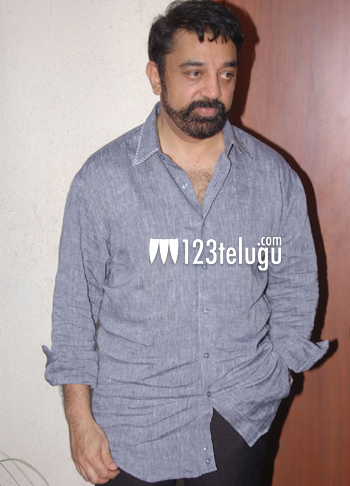 If the latest buzz is to be believed, legendary actor Kamal Haasan will be acting in the remake of Aamir Khan starrer ‘PK’. As per the sources, popular production house Gemini Film Circuit is in talks with Vidhu Vinod Chopra and Raj Kumar Hirani, the film’s producers, to grab the remake rights. Incidentally, Gemini film Circuit earlier remade Vidhu Vinod Chopra and Raj Kumar Hirani’s ‘Munnabhai series’ and ‘3 Idiots’ into Telugu and Tamil.

‘PK’ was a critical and commercial success and is touted to be India’s highest grossing film. Even though ‘PK’ film faced wrath from several rightwing groups and religious fanatics across the country, it can be said that these controversies only helped the film rake in more profits. The film is still playing at several multiplexes across the country even in its 8th week.