Kamal Haasan To Speak At Harvard University
Published on Feb 2, 2018 1:10 am IST 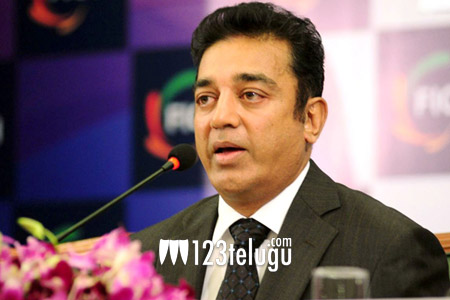 Actor-and-politician Kamal Haasan has been invited by the prestigious Harvard University to address a conference on February 10, 2018. As a keynote speaker at the event, Kamal Haasan is said to be addressing the issues plaguing Tamil Nadu and what needs to be done to set things right.

Explaining his motive behind talking about this subject, Kamal Haasan said, ““The topic is Tamil Nadu. I chose to speak on it out of sheer necessity. Our state has sunk to the lowest depth. It affecting my dignity as a man, even more as a Tamilian. I yearn to see my state rise to the height it deserves. The rise of my state will translate into the rise of my nation.”

In the past, Kamal Haasan had addressed a similar gathering at Harvard back in 2016 where he spoke about freedom of speech. On the other hand, back in Tamil Nadu, all eyes are on his political tour which will begin from February 21.