Kamal Haasan’s Vikram gets massive cuts from the censor board
Published on May 30, 2022 10:00 am IST 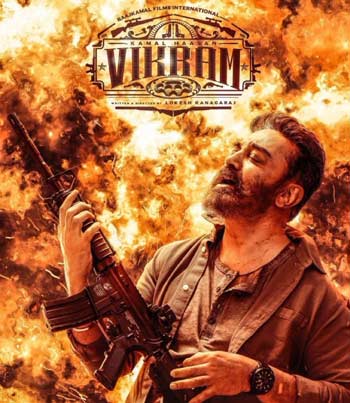 ‘Ulaga Nayagan’ Kamal Haasan is ready to enthral audiences with his impeccable performance in Vikram. Scheduled to hit screens on June 3, 2022, the movie is directed by Lokesh Kanagaraj.

Everybody is aware that Vikram’s censor formalities are over. Now, the latest news is that the biggie has 13 censor cuts, which included cuss words and vicious scenes.

Produced by Kamal Haasan and R Mahendran, the movie also has Vijay Sethupathi, Fahadh Faasil and Suriya in significant roles. Anirudh Ravichander is the music director for this movie, confirmed to release in all major South Indian languages and Hindi.