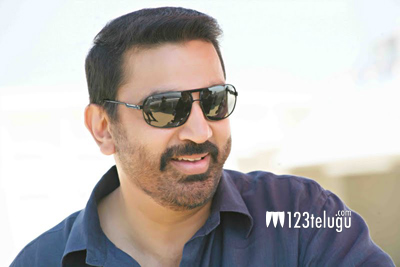 The teaser of Kamal Haasan’s Cheekati Rajyam is out and all those who have seen it have liked the intensity of the action thriller. The trailer was launched a short while ago and speaking at the occasion, Kamal revealed some interesting facets of his career.

The legendary actor revealed that he has nearly eight bound scripts ready with which he can go to shoot right away. He also added that his first love is cinema and he has worked very hard to reach a position where he is now.

Rajesh M Selva, a close associate of Kamal Haasan, is the director. This film also features Prakash Raj and Satyaraj in crucial roles. Trisha Krishnan is the female lead and young actress Madhu Shalini is essaying an important role.