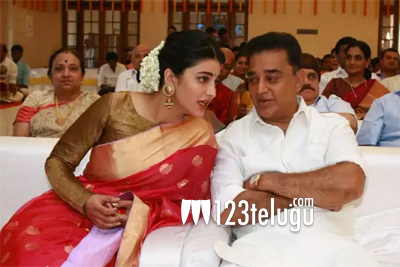 While Kamal Haasan has been invited as the Grand Marshal of the event, Shruti Haasan and Vivian Richards are going to be the guests of honor. Singer Kailash Kher and few other celebrities too will be gracing the event.

It is the first time that the Haasan duo have been invited for such a prestigious event, which is said to be the largest parade outside India to celebrate the Independence Day.