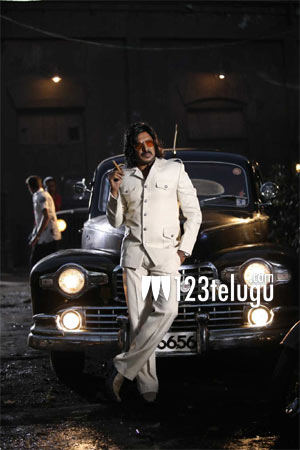 It is a known fact that Kannada star, Upendra is doing a film called ‘Kabza’. The first look of the Telugu version is out and it’s stylishly shot. The period film’s story unfolds from 1947 until 1980.

Upendra has always made pathbreaking experiments, be it ‘OM’, ‘A’, ‘Raa’ or other movies. An underworld action-drama, this big-budgeted pan-Indian flick will be released in seven languages.

Presented by Sridhar Lagadapati, this one is presented by Sri Siddeshwar Enterprises. Directed by acclaimed helmer R Chandru, this is one more film in the actor-director combination after ‘Brahma’ and ‘I Love You’.