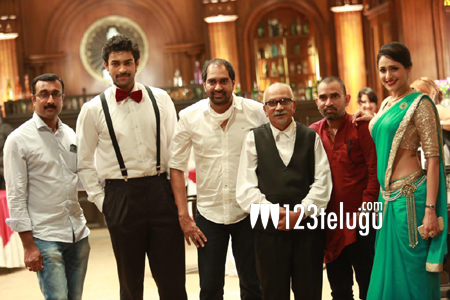 Lanky hero Varun Tej, is awaiting the release of his upcoming film Kanche. Directed by creative film maker Krish, this film is undergoing its censor today. The buzz surrounding the film is huge and film lovers are eagerly awaiting to see how Krish has executed this epic war film.

Kanche is set against the backdrop of World War II. Pragya Jaiswal is the film’s leading lady and First Frame Entertainments banner has produced the film.