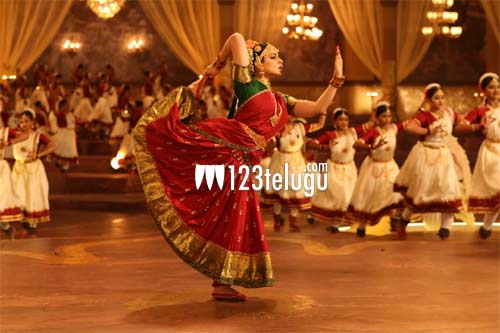 It’s well known that a Tamil-Hindi biopic on yesteryear heroine and former Tamil Nadu CM J Jayalalithaa is being made. The film is titled Thalaivi and it has Bollywood actress Kangana Ranaut reprising Jayaa’s role.

Today, Thalaivi’s makers unveiled a special photograph of Kangana from the movie. The photograph showcases Kangana dressed in a classical dancer costume. The picture is a tribute to Jayaa, who was an accomplished dancer.

Thalaivi has Arvind Swami playing the role of MGR. The film is being directed by Vijay and produced by Vishnu Vardhan Induri and Shaailesh R Singh. Thalaivi is releasing on 26th June 2020.