Brahmastra is a film that has been in the making for the last ten years or so. The film has released today with mixed reviews all over.

Now Kangana has sprung into action right away and taken a dig at the film and its makers. She took to Instagram and posted that all those who called Ayan Mukherjee a Genius should be jailed right away.

Not stopping there, Kangana has stated that Ayan took 12 years to make this film and shuffled so many technicians and wasted 600 crores of money.

However, the day one collections of the film have been quite strong and the trade is expecting a big number on day one. Ranbir Kapoor and Alia Bhatt played main leads in this film which was presented to us in Telugu by Rajamouli. 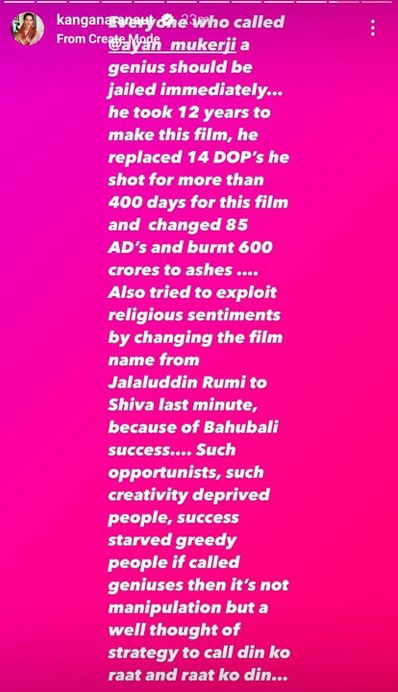