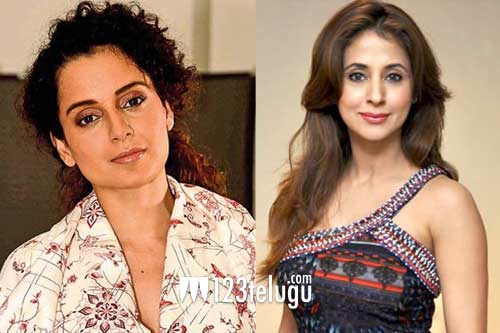 Kangana is not leaving anyone and is on a mission these days and says that she wants to clean up Bollywood. She is on another tangent with her issue and the Sushanth case has gone aside.

We had reported as to how Jaya Bachchan raised the voice in Parliament the other day saying that people like Kangana are tarnishing the image of Bollywood.

Joining her was star heroine Urmila Matondkar, who slammed Kangana and said that Kangana’s hometown Himachal is one of the biggest origins of drugs and her worries about drugs should start from there first.

But this did not go well with Kangana, who slammed Urmila by calling her a soft-porn actress in the public and she does not care about heroines like Urmila.

These statements of Kangana have gone out of hands now and only time will tell as to where this controversy will end.