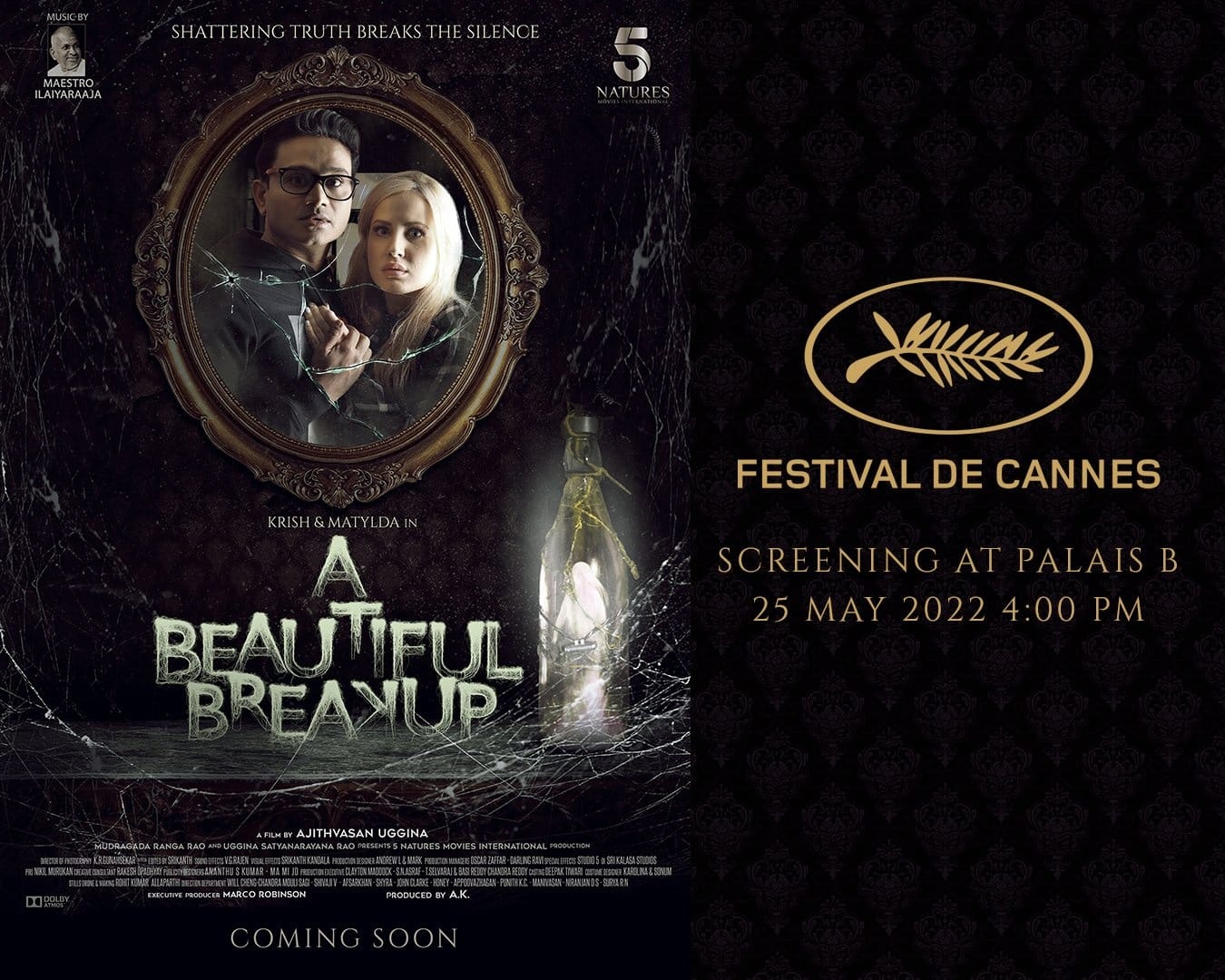 It’s a proud moment for Teluguites that two guys from Vizag made an English film, which received two honours at The 12th Dadasaheb Phalke Film Festival Awards, is all set to be screened at Cannes Film Festival-2022 on today at 4 PM CET.

Titled A Beautiful Breakup, the English romantic-thriller movie is written and directed by Ajithvasan Uggina, a noted Kannada director. Starring Krish Mudragada, Matylda in lead roles, the film has music by the ‘Maestro’ Ilayaraja.

A top-notch technical team handled different crafts to make it a visual spectacle. The film’s other technical crew includes KR Gunahsekar for cinematography and Srikanth Gowda for editing (KGF fame).

A Beautiful Breakup is a TRILOGY – The cliffhanger climax elevates the experience further and it intends to leave a viewer wanting to see the sequel already.