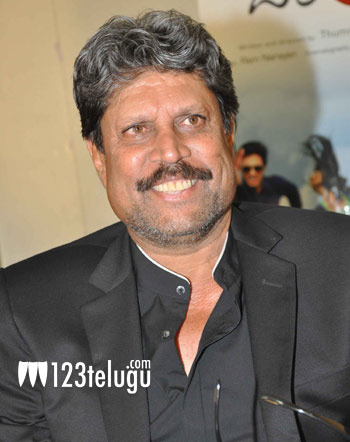 Talking at the audio launch, Kapil Dev said, “This is the first time I’ve attended an audio launch or any film related event and I would like to congratulate everyone who has worked on this film. You people are amazing. The music does sound good, but it’ll take some time for me to get used to this music. I will make sure that I watch the film when it gets dubbed in Hindi.” When he was asked when his dil (heart) became deewana (crazy) for the first time, he replied, “When I started playing cricket for the first time.”

Sekhar Kammula praised Thumma Kiran and said that he’s an extremely and passionate guy. “I expected him to make his debut a long time ago, but I’m glad that his dream come true. When I asked him what kind of film he was making, he said I’ll be proud of his work. Everyone has his own style of filmmaking, but the important part is to keep working hard,” Sekhar Kammula said. Dil Raju, Bellamkonda Ganesh Babu, Suresh Kondeti and several other dignitaries were present at the event. Ram Narayan has scored the music and Jaipal Reddy is the cinematographer. Raja Reddy has produced the film.