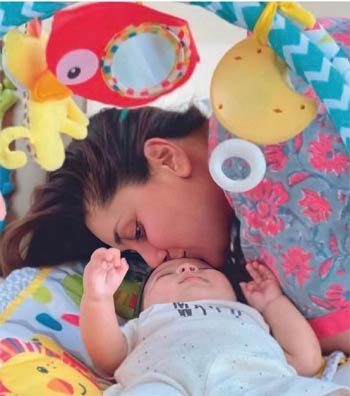 It is a known fact that Kareena Kapoor gave birth to her baby boy a few days back. Saif and Kareena have named their son Jeh Ali Khan and made fans super happy.

Unlike their first son, Jeh Ali Khan, Kareena and Said hid the identity of their second son to date. But for the first time, Kareena has revealed a glimpse of Jeh to all of us.

The little one is not shown fully but looks cute alongside his mother. Jeh resembles Taimur a lot and this picture has gone viral all over in the media. Kareena will next be seen in Lal Singh Chadha.