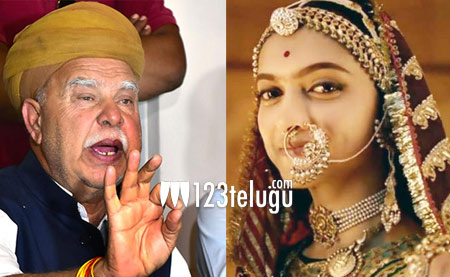 After protesting against the Bollywood blockbuster, Padmaavat, for the last few months and getting the film banned in four BJP-ruled states, the fringe Rajput group Karni Sena miraculously took a u-turn and withdrew its protests. Shri Rashtriya Rajput Karni Sena’s Mumbai leader Yogendra Singh Katar said that Padmaavat only glorifies the valour and sacrifice of Rajputs and that every Rajput will feel proud after watching the film.

The Sena’s national President Sukhdev Singh Gogamadi and other top leaders of the organization watched Padmaavat yesterday and announced that the movie had no objectionable scenes between Alauddin Khilji and Rani Padmavati. With the Karni Sena ending the protests, Padmaavat may finally see the light of day in Rajasthan, Gujarat, Madhya Pradesh and Haryana.

Since the second half of 2017, the Karni Sena got the entire North India on the edge with violent protests and threats, demanding a ban on the movie. In the process, the fringe group was subjected to heavy criticism for creating a volatile law and order situation.