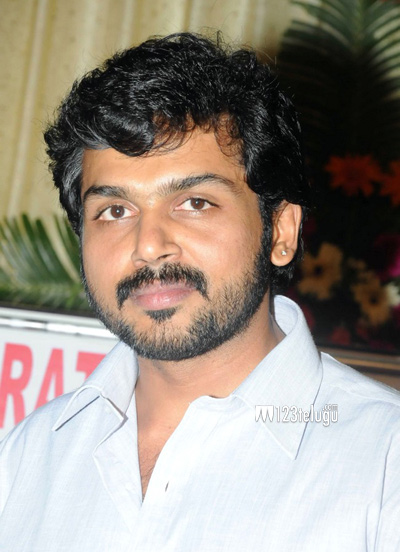 Last year, Karthi heaved a huge sigh of relief after ‘Biriyani’ turned out to be a hit in Tamil. It did reasonably well in Telugu as well and soon after that, he got busy with his next film’s shooting. The film has been reportedly titled as Kaali and it also stars Catherine Tresa in the lead role.

Interestingly, Karthi attended an acting workshop, along with few others from the film, recently in Chennai. Apparently, they rehearsed few scenes and memorized their dialogues so well that it helped them during the film’s shooting. Kaali is set in northern part of Chennai and it required him to behave in a specific manner to suit the nativity.

For Catherine Tresa, this is her big break in Tamil and the actress has pinned a lot of hopes on the film. Ranjith is directing the film and the shooting is fast nearing completion. The film is expected to release later this year.